The Global status report on road safety 2018, by WHO highlights that the number of annual road traffic deaths has reached 1.35 million. As per Ministry of Road Transport and Highway, Govt. of India road crash is one of the leading causes of unnatural deaths in India. As per government data road crashes kill close to 1,50,000 people each year in India. This puts a burden close to 1- 3% of the country's GDP. Solving an issue as massive as this is not an easy task. It requires support from individuals, corporates and policy makers.

In the last few years, the city pilot model of interventions on road safety has been implemented across the globe by AB InBev. The initiative has covered various cities of Latin America, South Africa, Belgium, Brazil, and China. While looking to launch City Pilot in South Asia, the challenge for AB InBev was to find the right geography and address the most relevant issue, aligned with its objectives. India, being one of its largest markets after China, became the country of choice.

Based upon an exhaustive mapping exercise AB InBev found Gurugram in Haryana to have maximum number of road accidents in 2017. AB InBev therefore identified road safety as the issue to address and launched its Indian initiative “Safer Roads for Gurugram (SRFG). SRFG work closely with Government of India and adopts multi-sectoral and multi-partnership approach. 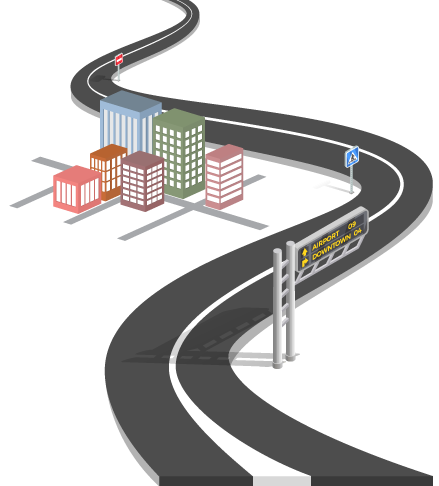 In order to plan, drive and monitor this initiative through various road safety activities, an independent Working Group, consisting of multi-sectoral members, has been set-up. The members include research organizations, academic institutions, civil societies, and corporates. Each member of the Working Group brings a specific expertise to the table, allowing for coordinated planning and effective action.

The Working Group has arrived at certain short-term and long-term goals. These pivot around securing commitment from key stakeholders towards capacity-building and achieving targets, based on a robust impact assessment matrix, and strategic, in-depth/statistical analysis of road user behaviour, law enforcement, infrastructure and vehicle engineering. In the long-term, we aim to achieve substantial reduction in road accident deaths and serious injuries in Gurgaon by changing public attitude and behaviour towards road safety, and by supporting the government’s apex road safety body by helping create and strengthen sustainable systems. Following the successful implementation of this initiative in Gurugram, we intend to replicate the model in other key Indian cities, which witness high incidence of road accidents.